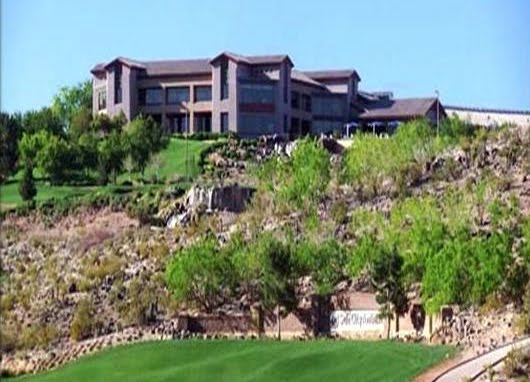 How to Embarrass Your Association General Manager...."Machine" Politics at its Best !

When we caught word of an individual named Sherryl Daly being placed on the Sun City Anthem Lifestyle Committee, we were astounded !

It reminded me of the "doings" of an old Chicago politician named "Paddy Bauler". 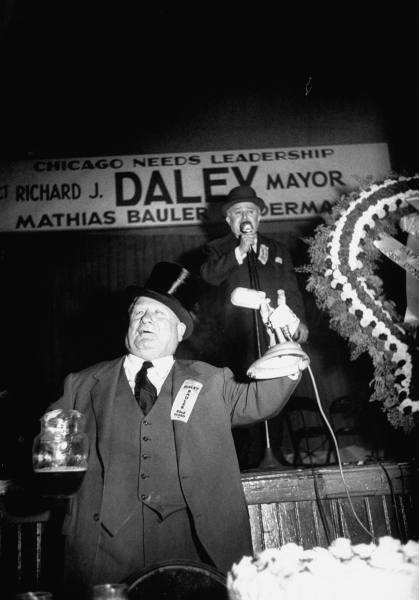 Paddy was a Chicago alderman from 1933 to 1967, and his most famous line that will live in the annals of defining Windy City politics was ....

...and how appropriate that appears to be in Sun City Anthem...after reading of this recent Board appointee.

The only way this can be viewed is a simple "slap in the face" to the person chosen to MANAGE Sun City Anthem by a "machine" that is flexing its muscle for CONTROL.

Time for a little bit of refresher from the past....especially for you newbies out there.

We actually should go back a number of years when this lady chose the pen name "Sandy Ridge" touting countess demeaning and uncalled for, rude attacks on the characters of a number of Sun City Anthem residents.

We know this because an alternative blogger "SLIPPED", printed her real name, then, after realizing what he had done, quickly removed it from his blog.

...and no matter what denials anyone might here.....a bunch of people have THE COPY before the guy removed it.

We won't embarrass her by restating those comments for several reasons.

First, they were THAT disgusting; secondly, that type of rhetoric would have resulted in getting your mouth washed out with soap as a kid; and third, that form of trash would never be permitted to remain on Anthem Opinions.

As time proceeded, she was employed by FSR, our former management company; however, prior to our transition to self-management, FSR TERMINATED HER FOR CAUSE, and was at last check, refused unemployment compensation as well.  We have no idea as to whether it was ever later approved.

Would that stop this woman...or...others attempting to "influence" any formal management decision?

Of course not, that's not how "the machine system" works out here.

She would then apply to our current General Manager, Sandy Seddon, for a job !

The result...she was NOT HIRED, despite countless numbers of former FSR employees being offered employment under the new "self-management" regime.

...one who was also constantly harassed by this same individual...

...actually used their blogs to go on a ridiculous crusade to persuade Mrs. Seddon to reconsider her position...

...acts that in our opinion, did little other than "stick their noses in matters that were none of their business", attempting to undermine the GM's decision.

It didn't work and all seemed to be forgotten....so we thought !

So what happens after two PROFESSIONAL ORGANIZATIONS come to a conclusion this individual SHOULD NOT BE EMPLOYED by either of them?

"The Machine" slaps Mrs. Seddon in the face, by...

.... appointing her to a position on a formal committee, a Lifestyle Committee having a bearing on YOUR LIFE.

Of course it was pure coincidence she has always been a staunch supporter of "machine" politics, and  all of us who reside in Sun City Anthem know that "machines" take care of those who are loyal to them.

So Paddy, if you can hear me up there (or down there), your words of past wisdom ring loud in Sun City Anthem.... 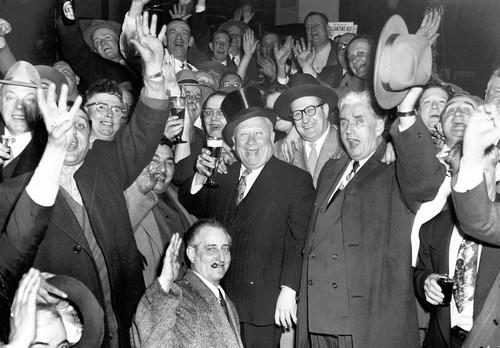 "We Ain't Ready for Reform"

Got a comment?
Send it to us at:
scaopinions@gmail.com

Where do Dirty Dave's readers come up with these ideas?

Obviously, from their mentor, and his daily dose of "happy pills" !

Show me ONE threatening email I have ever sent to any person,  Dirty Dave, and PROVE IT by forwarding the email to me. Then have that person state in what way they believed they were ever threatened?

Tell me the name of ONE person I have ever called and harassed or threatened? Have that individual come forth, and say that to my face with PROOF of such harassment or threat.

But this...nothing short of a nutcase would write this unless they were told to do so or whose LIES influenced them in any way...or who probably doesn't even exist !

Besides, now the latest.... "nutcase" is insulting all Republicans,  just another example of a lonely old individual filled with ignorance and "low class" who hasn't much of a life other than sit behind a computer and INSULT again and again.

"Now I'd love to share my full name with your readers, but I've heard too many scary stories about how he harasses his enemies with emails and phone calls when he is able to find out who they are. I don't need such intimidation from such an insecure, envious person who lacks the confidence to let his writings stand for themselves instead of behaving like a schoolyard bully. This man is SCA's Number One bully, but the right of free speech does "trump" censorship in a democracy."

Sorry Mary or Dirty Dave, or whatever your latest name is....

... bad excuse for cowardice since you or Dirty Dave will never produce ANYTHING that threatened any person...

...because nothing like that ever happened...except in the mind of  Mr. "Happy Pill" and his vicious puss filled poison pen.

And for the record, it certainly is becoming quite obvious what enjoys a publication that enjoys INSULTING on a regular basis....(note the word "who" was not used...human's don't act that way)....

..."things" that are not mature enough to place a name to their childish ridiculous DEMEANING junk, their sole accomplishment...attracting other "sickos" of the same "low rent" character to join them in their tirades.

This community has put up with these forms of creatures for years. They contribute  NOTHING to society, and at best, are nothing more than  uncaged animals looking for their next kill.

...and they give the community a bad name in their attempt to convince others that HARASSMENT is an acceptable form of behavior in a a senior community.

Anyone still wonder WHY Anthem Opinions requires a real name to comment?

To avoid DISGUSTING COMMENTARY that has nothing to do with anything other than HARASSMENT.

Thank goodness for Ice Cream Socials to break their monotony...

Note that 48% of Dirty Dave's readers over the past seven days just happened to be the day of Dirty Dave's INITIAL pounding away in an article that tried to disguise the truth about his "inside information source" who got CANNED FOR CAUSE.

Tell me that doesn't define the characteristics of his audience ?

They have such a little life that their existence revolves around  TRASH talk.....and they seem to "get off" on harassing others.

How about the past totals of people who found Dirty Dave...of any vital interest ?

(Think I'm making this up?  Go to his blog and click on a little black box that his software was UNABLE to eliminate in order to disguise his LOW readership....he couldn't eliminate the box, but he could eliminate the CONTENTS...THAT'S WHY IT'S BLACKED OUT...unless you click on it and discover the DISMAL readership. It's all right there...no way to deny that "he ain't what he claims to be")

For the record, Anthem Opinions email blasts to subscribers are NOT included in the totals. You must click on a particular article for it to be added to the actual number.

In other words, you may get an email blast from us and if the subject does not interest you, it can merely be deleted, and WILL NOT BE INCLUDED in any READERSHIP TOTAL.

(1,177 per day that actually have to click on the publication to read it)

See what happens when you're a blog that INSULTS and HARASSES, with cowards that never use a real name?

People look at it for what it is...

Now...Dirty Dave, you and your sickos have a pleasant week festering in what most of us intelligent individuals are sure will arrive from your cesspool, just another new rendition of the same old thing....

Harassing and Insulting others by nameless cowards.  It's obvious without those insults, you would be unable to survive.

...and it does nothing but increase our readership because people want valuable and fun information, rather than reprints of association bulletins, and LOW CLASS INSULTING COMMENTARY.

Arranging a Room for Comfort

CLICK HERE....for Full Information
or
See our Information Page...
"Why Didn't I Think About That ? ....Tips"
Posted by Anthem Opinions at 6:03 PM No comments:

You know how most charitable organizations are vetted as to how much of what they collect is spent on "administrative costs" versus what they actually spend on "charitable" work?

The Foundation Assisting Seniors HAS NEVER issued a public financial report showing their ...

I asked for that documentation two months ago when we started considering the lease and affiliation agreement.

The lease has not been signed to date because it needs some rewriting.

One item of specific concern is a rental payment in the agreement.

Originally drafted during the PRIOR board administration, the Foundation would pay Sun City Anthem $1,000 per month for the use of their facilities...

...however....the $1,000 rental payment would THEN BE DONATED back to the Foundation.

Sun City Anthem is a not- for-profit corporation, and therefore the "donation" would not have any tax savings to unit owners.

Considering how much the Foundation collects from us...

... that they are now an "outside" group also servicing other communities, they should provide a financial report.

All other leases signed by past boards took place AFTER financially vetting the outside firm.

Rumor has it that the Foundation is very "generous" in what it spends on meals, etc for it's trustees.

It is my opinion there is no legitimate reason for not providing financial statements nor for the Foundation to be exempt from a monthly rental amount.

Should this lease agreement be accepted?

Should any rental income derived be donated back to the Foundation?